The most powerful camera and lens system is the one that works.  Period.  When I was working for one of the local camera shops, my job was to know all the lenses and how they worked with each system.  My absolute favorite combos came from using a Sony Alpha series body and "xxxxx" lens through the use of an adapter.  Time after time, I placed expensive pieces of glass in front of the mirrorless powerhouse that is the A7Rii.  My goal was always to see if the lens (aka glass) could render the resolution that the A7Rii was so famous for.  Least to say, I was disappointed by many manufactures lenses and what they called "professional".  However, the one brand that shone through was Canon and their aging 50+ year old FD/FL mount line of lenses.  Currently, cost vs performance wise, Canon FD and Nikon F mount lenses can deliver just the same level of quality as some professional lenses.  Today, we will cover one of my more recent purchases, a Vivitar 28mm F/2.5 Auto Wide. 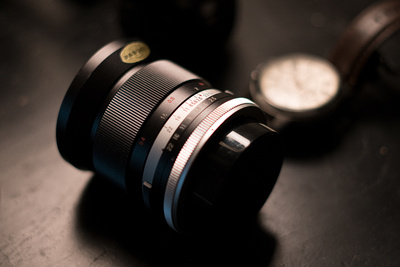 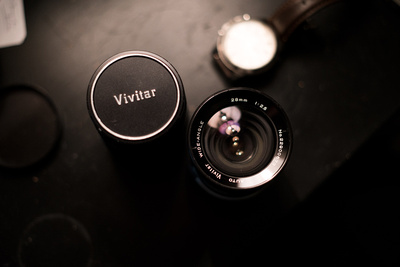 We’ll let me explain why I bought this lens.  Back in the day (1960’s), Vivitar made a line of third party lenses that had a variety of mount options.  They had three relative aperture options; standard, mid-grade, and fast prime.  When my father was into photography, one of the lenses he bought was Vivitar’s 35mm F/1.9 Auto Wide and he passed it down to me.  That lens has become my absolute favorite 35mm lens for my Sony setup.  When it’s pointed in the direction of the flare, the lack of anti-flare coatings makes the frame come alive like JJ Abrams directing Star Trek.  Sharpness and contrast are retained rather nicely and it somewhat resolves the sensor.  One unique thing about it, when pointed toward the sun during the golden hour, the frame comes alive with an amazing warm glow that I would have trouble reproducing in Photoshop.  I fell in love with it.  Hard.  It’s my 35mm baby of sorts.

Now, the 28mm F/2.5 is the mid-grade option, unlike the 35mm I already owned which is definitely a fast prime.  The construction and feel are very similar between the two, while the 28mm has a larger objective element and filter thread making it slightly front heavy.  The version I bought was made by Kiron in Japan and features a part matte black / silver finish, although there are other versions that were made with completely matte black finish.  It’s built like a tank but let’s get to the juicy bits about this lens.

Just like the 35mm, its incredibly unique.  Lens flares appear brilliantly through the frame when pointed toward the light source.  Due to its 6 blade iris, most of the flares at maximum aperture are hexagons and even when stopped down, the tiny and sharp flares are brilliant. Sharpness is not as great compared to the Canon 28mm F/3.5 but not exactly smearing vasoline on the lens.  Distortion is well managed and CA is not too bad, both being easily correctable in post.  Vignette is very apparent but once again, correctable in post.  Now how about that F2.5 bokeh?!  If soap bubbles are your thing, you're in luck, because this lens is full of it.  The great thing is, it's not terrible. 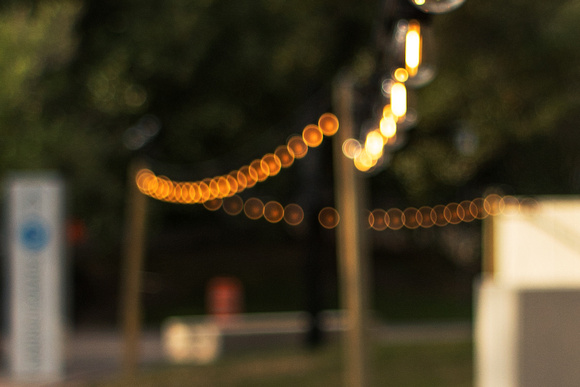 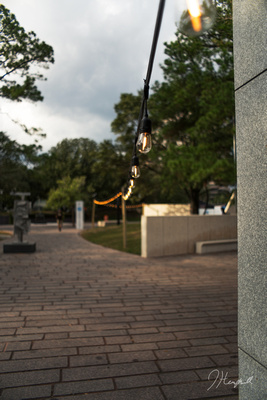 Park across the street from Museum of Fine Arts Houston.

At higher apertures, things look a lot better.  Sharpness is better, CA practically gone, while vignette is still an issue.  Overall, cost vs performance is in a very nice place as I only paid $35 for this lens.  The closest modern equivalent is the Sony 28mm F/2.0 which is $400!  The only benefit of the Sony version is better resolving power but even then, unless you're needing the detail or autofocus, there is no reason to pay the extra money.

I like reviewing these lenses and getting a hands on feel for the technology of yesterday.  I would like to hear about your favorite Canon FD lenses and what your thoughts are on them.  Just post your comments down below to get the discussion started!  Lastly, here is another image I shot with this lens below.  Have a great start to the week, ya'll. 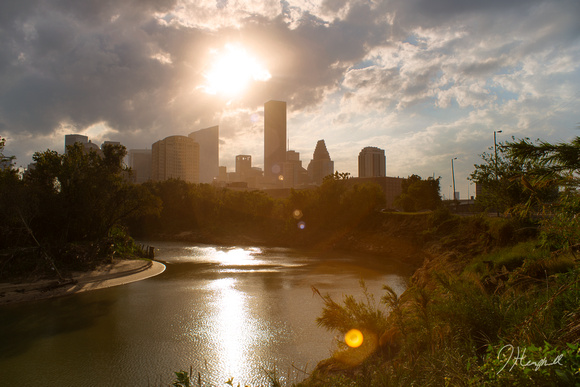 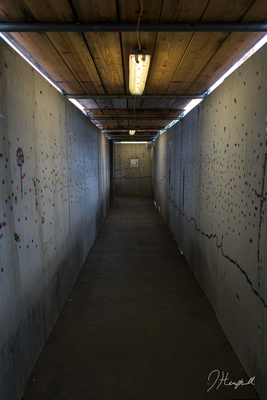 Temporary scaffolding walkway to get to parking garage.

Nick(non-registered)
I'm a Nikon F-mount guy. I shoot D600 (two actually -- the best FF deal on the used market due to the unfortunate oil spot issue that affected early production run cameras that Nikon fixed for free for years -- but spooked buyers in the second hand market drastically depressing prices.) One of the reasons, also, all things being equal, is Nikon supported F-mount for 60 (or whatever years). Tons of glass available for cheap. No kluge adapter required. (Hate those things from my M42 film days. No thanks.) I have a dozen lenses -- G-series. D-series mostly primes. But I also have a growing collection of vintage F-mount primes. Favorite is an "Imado" 135 f2.8. Who's Imado? Almost nothing on the Google. I assume a failed Vivitar or Soligar type "branding" company. Who's the OEM? Dunno. -- Tokina (which is what I think it is), Sun Optical, Samyan? One of the usual suspects. This 70's/80's portrait lens is built to 70's budget specs, which means it doesn't touch the old brick s--t house Nikkors, but is tough by today's standards. So. I'm in the market for a vintage 28/2.8.In my eBay watch list is a Tokina EM, a couple Nikkor AIs, a Soligar CD (similar to Vivitar Series 1), and this Vivitar 2.5. I'll end up with one of these. Wanted to get the scoop on the Vivitar 2.5 since that's a bit rarer. So, thanks. My experience with vintage lenses. These things are decades old. 30, 40, 50 years old an more. Buy based on condition. A name brand Nikkor or Canon lens is more likely to be used and abused. I'd argue that they didn't really compete on glass so much back then -- prime lenses all had very similar optical formulas and all used similar glass -- Japanese glass. They competed on coating tech (multicoated!), build quality, and price. So, with vintage lenses it's about condition and price. Forget brand. Get the lens that's in the best condition for the lowest price on the used market. The only advantage the "Canon" or "Nikkor" badge gets you is resale value.
No comments posted.
Loading...
Subscribe
RSS
Recent Posts
Hot Mess Pooches Shoot! Lens Test: Vivitar FD 28mm F2.5 Auto-wide Lens Hurricane Harvey Damages Railway Saturday Sunset with Rheanna
Keywords
portrait #adoptdontshop #barkinglot #deafdogsrock #impairedwhocares adopt amazing attitude bark dalmatian
Archive
January February March April May June July August September October November December
© Joseph Hemphill
Powered by ZENFOLIO User Agreement
Cancel
Continue